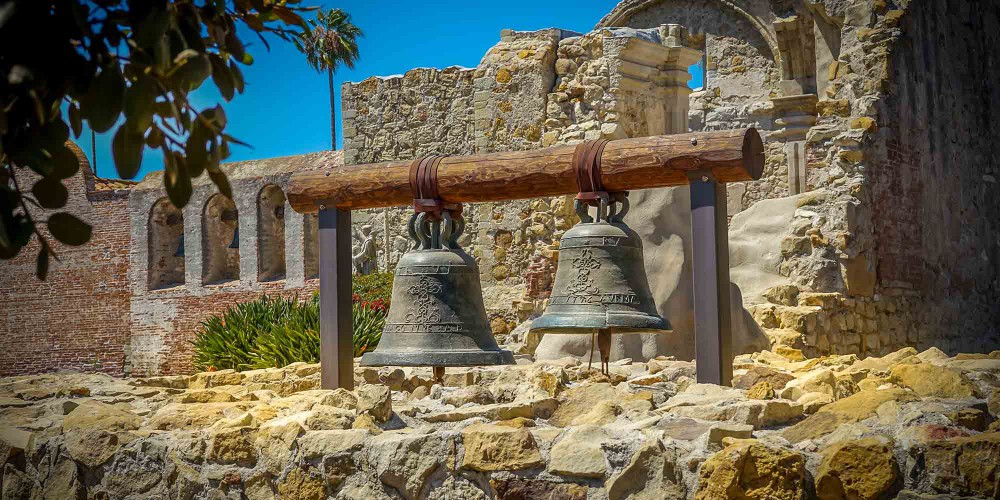 San Juan Capistrano is also famous for its cliff swallows. The protected birds are reputed to return from migration, traditionally originating in the town of Goya, Argentina, on St. Joseph’s Day (March 19) each year, a day celebrated by the city’s annual Swallows’ Day Parade and other festive events and old west 1890s style Melodrama at the Camino Real Playhouse starring San Juan’s Villain at Large Professor Mack played by Gary McCarver of The New Home for American Melodrama. Since 2009, the famous swallows have failed to return to San Juan Capistrano. They have instead begun migrating to and nesting in the Chino Hills of Southern California, north of San Juan Capistrano. They have built their mud nests in the eaves of the Vellano Country Club, situated around a golf course in the Chino Hills just north of the Chino Hills State Park.