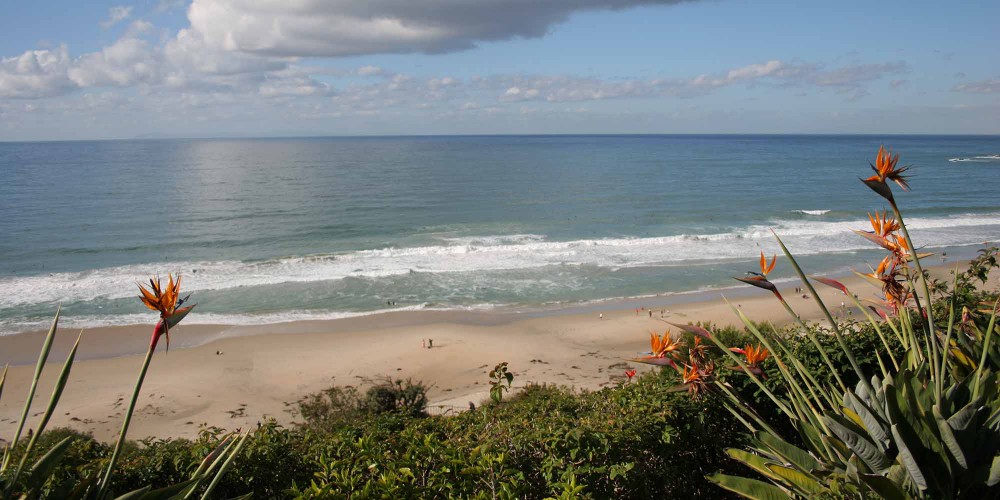 Laguna Niguel is an affluent master planned community located in the coastal San Joaquin Hills of southern Orange County, California. The name Laguna Niguel is derived from the words “Laguna” (Spanish for “lagoon”,) and “Nigueli” (the name of a Juaneño Indian village once located near Aliso Creek). On the east side, Laguna Niguel is separated from San Juan Capistrano by a significant ridge running along Trabuco Creek. To the north lie Aliso Viejo and Laguna Hills. Laguna Niguel is also bordered by Laguna Beach and Mission Viejo.

In 1971, a one-million square-foot ziggurat building, originally built for Rockwell International and presently owned by the United States government, was designed by Los Angeles-based architect William Pereira. The Chet Holifield Federal Building, as it is now known, is home to millions of microfilms as documents of land agreements between the American government and the original Indian Tribes of the southwest United States. It is also home to the Western Regional Department of Homeland Security and the California Service Center of the United States Citizenship and Immigration Services. The building was used for the 1995 movie Outbreak, where it served as the exterior for the Center for Disease Control headquarters. Earlier, the building was featured in an ending scene for the 1975 sci-fi movie Death Race 2000. It also served as the headquarters for the Luckup Corporation in the 1983 movie Deal of the Century.

Find Your Way Around Laguna Niguel