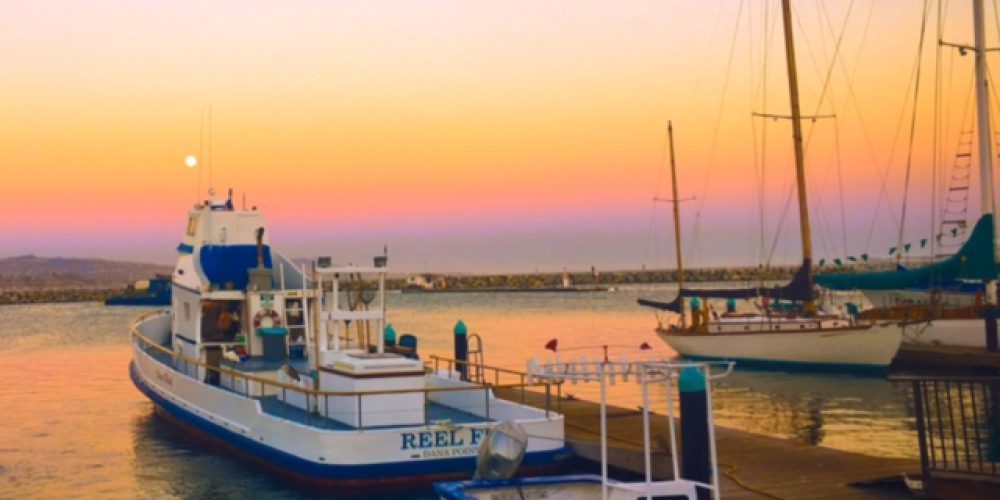 Dana Point is a city located in southern Orange County, California. It has one of the few harbors along the Orange County coast, and with ready access via State Route 1, it is a popular local destination for surfing. The city was named after the headland of Dana Point, which was in turn named after Richard Henry Dana, Jr., author of Two Years Before the Mast, which included a description of the area. Dana described the locale, including neighboring San Juan Capistrano, as “the only romantic spot on the coast”.

Richard Henry Dana (the author of “Two Years Before the Mast”) considered the high bluffs and sheltered coves of this area of Southern California to be the most beautiful spot on the California coast. Pioneering surfers agreed, as they surfed the many beach breaks along the coast. Dana Point had a notable surfing history, and was home to many of the first companies that produced products for surfing. Hobie Alter opened the world’s first retail surf shop in Dana Point in 1954. Many surf publications such as the Surfer’s Journal and Surfer Magazine were formed and headquartered in Dana Point. Bruce Brown produced the iconic surfer film Endless Summer in Dana Point. “Killer Dana” was a legendary surf break off Dana Point. The surf break was notorious because it came out of deep water and broke close to the rocks that lined the beach. The Killer Dana wave was destroyed when the Dana Point Harbor was built in 1966. A breakwater now cuts right through the heart of the once epic surf spot. In 1997, the surf group The Chantays recorded an instrumental track named “Killer Dana”.

Dana Point has held a Festival of Whales since 1972. This celebration is held over two weekends in March. The Tall Ships Festival is held in September. It is considered the largest annual gathering of its kind on the West Coast of the United States. Dana Point has hosted the Dana Point Concours d’Elegance since 2008. The event is located on the Monarch Beach Golf Links and supports various charities. The Dana Point Grand Prix is an annual criterium bike race overlooking Dana Point Harbor. The course winds its way through downtown Dana Point into Heritage Park and the adjoining residential community with ocean views for participants and spectators before finishing on a long straightaway on PCH. The Dana Point Chamber of Commerce hosts the annual Turkey Trot, which includes a 5K, 10K and Kids’ Gobble Wobble race for ages 5–12, which was voted as a top destination for Thanksgiving by Fodor’s Magazine. This event attracts over 10,000 runners throughout the country and another 5,000 family and friends.

Find Your Way Around Dana Point